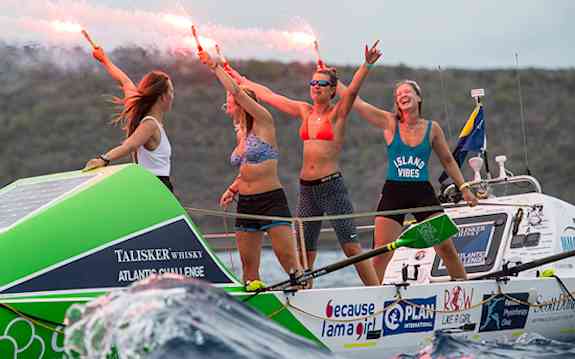 Some may take this statement with a good deal of scepticism and doubt but this is only because they aren't aware of the undeniable, and easily confirmable evidence in support of it. For some years now I've been interested in the Atlantic Challenge rowing race which takes place every couple of years as a way of gathering entirely valid, accurate information for the capacity of human strength and endurance in rowing a boat over great distances just as they would have in ancient times. The laws of physics and exchange of kinetic energy involved in the act of a human using oars to propel a boat over the surface of the water has remained essentially unchanged over many millennia.

I first heard of Lauren Morton during the 2013 race when she and her rowing partner Hannah Lawton tried to become the youngest female pair to ever successfully row across the Atlantic Ocean. For me, at the time, they were just another team in the race until I became aware they might be in trouble and possibly adrift. It turned out their attempt was beset with a litany of mishaps and misfortune - a 360° capsize that opened Lauren's scalp, a battery fire that forced them to ration water, and a "snapped off" rudder. For weeks they heroically struggled on, doing everything they could to finish the race. It was only after running low on supplies and faced with starvation at sea that they finally gave up and were rescued by a passing Belgium freighter. Ironically instead of their great adventure ending in the sunny Caribbean they were dropped off in wintry Canada before eventually making their way back to Britain.

On surveying the teams entered in the 2015 race I noticed that Lauren Morton was again attempting to conquer the ocean as the leader of a new all-female team of four calling themselves "Row Like a Girl". As I did with all the teams I wished them a safe and rewarding voyage with the thought probability surely had to favor her second attempt after all the bad luck endured in her first. I don't think they or any of us had any idea just how brilliantly successful the "Row Like a Girl" team would be. 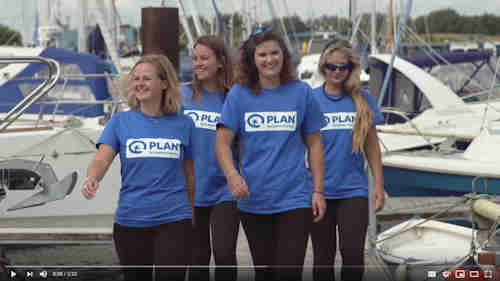 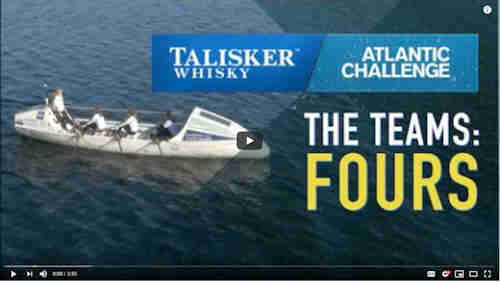 Prior to the start of the 2015 race the world record for the fastest row of all-time across the Atlantic was held by the pair Mike Burton and Tom Salt of Team Locura set in the 2013 race - 41 days, 2 hours, and 38 minutes. Two of the 2015 fours teams were able to break this record. The all-men fours team Ocean Reunion with Joe Barnett, Angus Barton, Angus Collins, and Jack Mayhew stunningly shattered it by almost four days with a time of 37 days, 9 hours, and 12 minutes. The next team to finish the race arrived in Antigua a little less than three days later but was also able to significantly improve upon the team Locura record by about 18 hours.

I don't always feel this way given our species' high incidence of psychological aberrance (about one in four) but with a sense of great pride in being human I'd like to present one of the brighter gems of female physical prowess and athletic achievement. On January 29, 2016 the "Row Like a Girl" team comprised of Lauren Beth Morton (skipper), Olivia Bolesworth, Bella Collins, and Gee Purdy set new world records in finishing second overall in a field of 26 boats in the 2015 race. It took them 40 days, 8 hours, and 26 minutes to complete the crossing. I'm sure many of the considerable number of men in the teams that finished well behind them wish they could row like these girls. 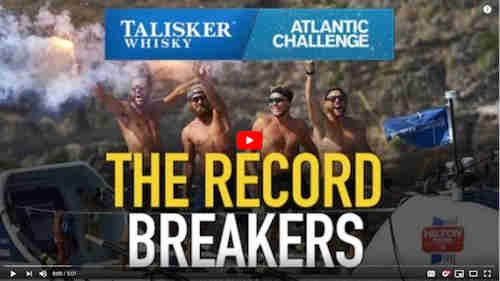 
The "Row Like A Girl" Bronze Age Minoan Connection


Importantly the "Row Like a Girl" team's superb achievement reverberates back some 4,000 years into prehistory with implications for our understanding of the seafaring Bronze Age peoples in the Mediterranean and especially the Aegean Sea. Europe's very first true civilization was the startlingly advanced Minoans centered on the island of Crete in the southern Aegean in modern day Greece. With similiarities to the Harrapan (Indus Valley) civilization far to the east they emerged from the Neolithic period with political and cultural systems that many in the modern world's most advanced countries would be very familiar and comfortable with. Any objective, comprehensive observer of the archaeological evidence would agree that the Minoans invented a version of today's modern world some 4,000 years ago where all of it's citizens were equally valued regardless of gender.

Their many technologies (advanced ship building, metallurgy, earthquake resistant construction, indoor (air-siphoning) toilets and plumbing, heliographic communications systems, syllabic writing systems, etc.) were founded on empirical experimentation (this is science!) and in some aspects many hundreds and even thousands of years ahead of what was to come in the future. For example, the Viking era ships were essentially "iron nailed" replicas of Minoan long ships.

The primary ore of Tin (Cassiterite) which is essential to the production of true Bronze is fairly rare throughout the Mediterranean Basin and especially in the east. Modern day Cornwall in Britain was one of the best places to obtain cheap Tin ores. Cassiterite was (and still is) spectacularly abundant in southwestern Britain and during the Bronze Age no underground mining was necessary. You could simply pan for it in the stream sediments.

The Atlantic Challenge distance between La Gomera in the Canaries and the Caribbean island of Antigua is about the same as a nautical trek from the Bronze Age Minoan port city of Kommos on the southern coast of Crete in the Aegean to the Tin riches of Cornwall in southwestern Britain. 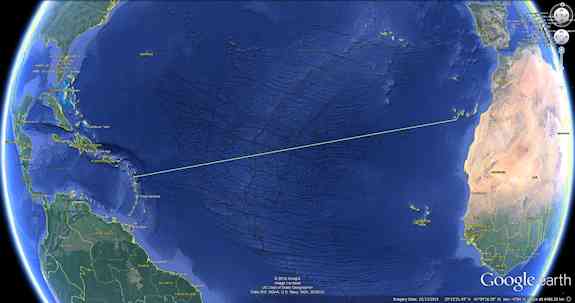 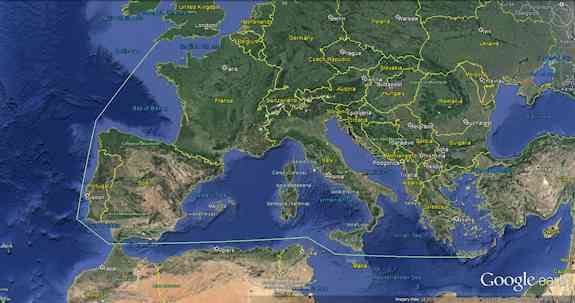 
There can be no doubt Lauren, Olivia, Bella, and Gee are perfectly capable of traveling by boat to Britain from Crete in the Aegean in about forty (40) days or so using oars only. Given that ancient Minoan culture embraced a high degree of gender equality I wonder how many of the oars depicted in the Akrotiri Miniature Frieze Admirals Flotilla Fresco from the islands of Thera (Santorini) were worked by female rowers? 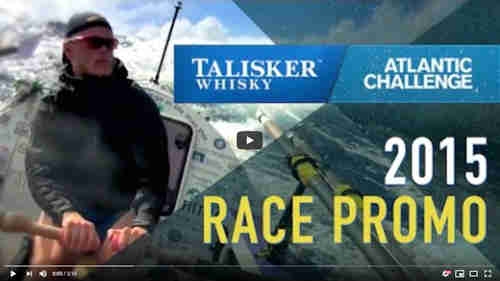 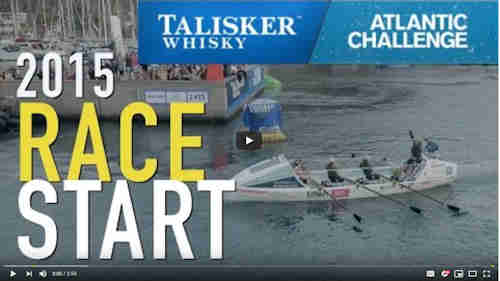 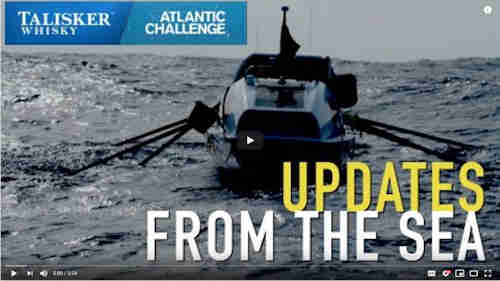 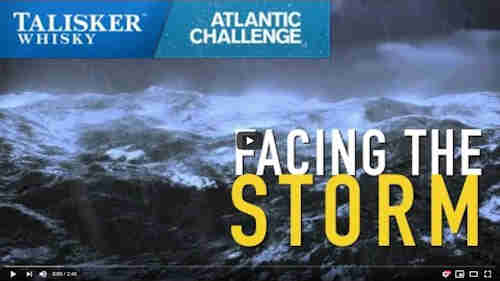