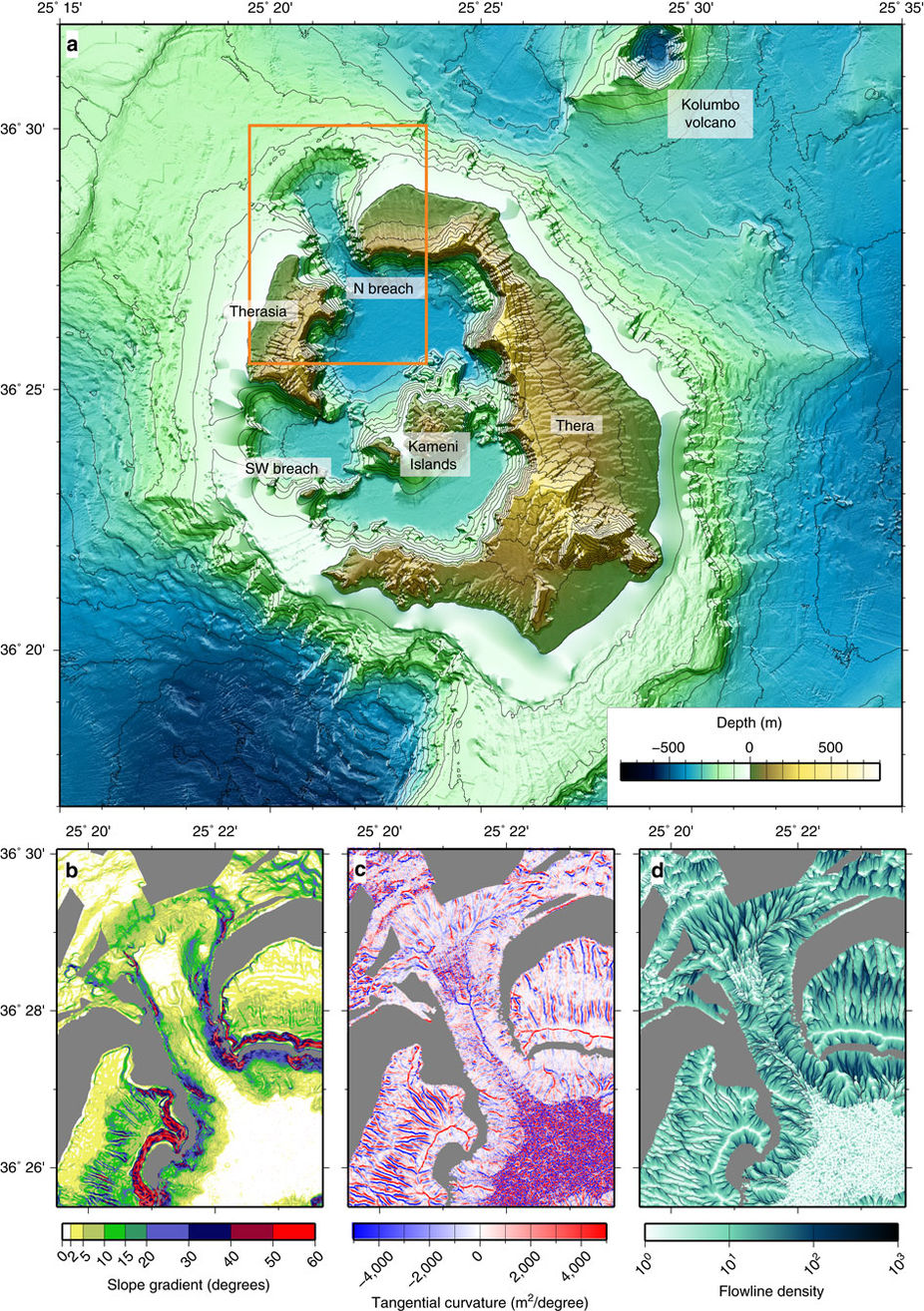 First, I would like to present an excellent 2016 Nature article on the LBA Minoan eruption of Santorini which excludes caldera collapse as a major contributor to tsunami creation.

"the NW strait was carved by inrushing of the sea into the newly collapsed caldera once the eruption was over. This therefore rules out caldera collapse as a major mechanism of tsunami generation associated with the LBA eruption."

Summary of the Development of the Santorini Caldera Before, During, and Following the LBA Eruption

This leaves the entry of volcanic pyroclastic flows into the ocean as the only viable mechanism for major tsunami generation. This is addressed in the following 2011 publication. According to the principle of dimensionality in physics there is simply not enough energy in these flows to produce anything more that a relatively minor inundation of the mountainous coastlines of Crete.

Accordingly, the Novikova publication "specifies a variable tsunami wavefront that is up to 28 meters (92 feet) high (max.) and includes a low resolution 450 meter (492 yards) maximum inland inundation limit". A graphical representation of Novikova's inundation limit, as well as others, is included in the following publication:

All of this provides overwhelming evidence the great ~1613 BC eruption caused no major tsunami destruction in the Aegean.