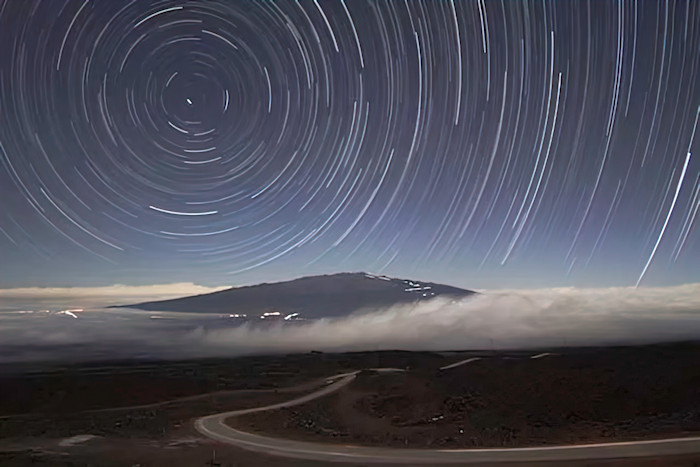 I recently was requested to review a short article by Academia that began with:

"Archaeologists are often called to leave their specific field to enter areas not within their competence such as paleogeology and paleometallurgy. There are those who ask specialists, but there are also those who fall victim to clichés and commit very serious errors."

This proved to be a tipping point for me.

We all have the greatest love for the world’s archaeologists and the invaluable work they do, but when a "small" elitist “Cabal of Certainty”, based primarily among various schools in Athens, commits profound errors of interpretation based entirely on unfounded assumptions well beyond their expertise that lead their followers, and the public, down blind alleys they are actively working against the advancement of science.

The cause of this is that there are so few experienced mariners among the archaeologists as a whole, especially the more prominent leaders, who fully realize just how easy and accurate star navigation really is. This is an appeal to those scholars and professors afflicted with, as a new colleague described, the "Eastern Mediterranean Ethnocentric Bias" to begin to doubt their assumptions regarding ancient maritime navigation for there are those who know better. Instead of being a subjective believer in a "near-sighted" vision, educate yourself by thoroughly reading this short article and take a wider view into being the objective scientist you should be. My greatest sympathy goes out to the many students injected with this bias by their instructors. For those students who want to evaluate their professors for this bias they should begin with these questions: Are you an experienced mariner and/or do you know anything about prehistoric celestial star navigation?

This is all about the "complete and utter denial" of Bronze Age evidence from the Western Mediterranean which is ultimately based on whether the ancient navigators had to keep within sight of land (incompetent) or could easily navigate well out away from land in the open sea (competent).

As an experienced mariner who has rowed in large open wooden boats and navigated by the stars, the last place you want to be is anywhere near to land in a storm where you can easily crash onto the shore's rocks - Uluburun comes to mind. You want to be well out to sea to reduce the probability of wrecking your ship. Being well out to sea requires a skilled ancient navigator to use the sun and stars as navigational aids.

One very well-known UK scholar, who didn't know who he was talking to, admitted to me during questioning that the totality of his experience at sea was from accompanying his car on ferry rides after "mindlessly" saying the only way they could make their way at sea was within sight of land. I keep running into these scholars - believers of completely unfounded assumptions.


Homer and Navigating by the Stars in Prehistory

The biased are qualified to excavate their finds only! But, are thoroughly unqualified to interpret the wider range of those finds if they cling to this bias and refuse to educate themselves on maritime star navigation. For this purpose, I have provided the paragraphs below that not only describe how to use the North (or Pole) Star to orient their ship in any direction and how latitudes can be very precisely determined from the other stars that revolve around the North Star as the earth spins on its axis, I even describe longitude as a function of time. True simplicity for the uninitiated!

Without any internet or cable channels, can anyone deny that the ancients were keen observers of the night sky? With an apprenticeship acquired mental map of Mediterranean basin geography and using the North Star that allowed them to generally steer their ships in any direction (South is with your back to the North Star, East is with your left shoulder to the North Star, etc.) you wish and the multitude of stars that circle around the North Star throughout the night as the earth revolves on its axis that always very precisely define the latitude of where their ship is as well as their destination. If you lay on a flat surface and carefully observe the stars that pass directly overhead, you will have identified the starry latitude of where you lay and the stars you observe will always repeat themselves night after night.

The ancient mariners must have known of this simple tool from a very early time - well before the Phoenicians. This was probably, at least, the Final Neolithic or as a prominent nautically competent colleague said, "How about the Lower Palaeolithic? Those North-African type handaxes in south Crete didn’t float there …" -

Longitude was unavailable to the ancient mariners because it's a function of time. It wasn't until the invention of the H4 Marine Chronometer by John Harrison in 1761 AD that longitude could be accurately determined. But, the ancient mariners didn't need longitude to precisely guide them to any destination especially in the nearly enclosed Mediterranean Sea. The nightly North Star and the circling "latitude" stars gave them everything they needed to set their course.

The Victoria, captained by Juan Sebastian Elcano, as the one remaining undamaged ship of Ferdinand Magellan's original fleet of five ships (Victoria, Trinidad, Concepción, San Antonio, and Santiago) with its cargo holds filled to the brim with cloves set off on about December 15th, 1521 to the southwest toward the "known" latitude, from the explorer Vasco da Gama, of the south African Cape of Good Hope from the island of Tidore in the Moluccas in present-day Indonesia. The Victoria completed the first circumnavigation of the earth by reaching the port of Sanlúcar de Barrameda, Spain on September 6th, 1522 entirely without ever knowing their longitude. If Magellan, who vastly underestimated the great distance of crossing the Pacific ocean, would have had any knowledge of longitude it would have saved many lives among his sailors from dying of starvation and scurvy.

Some time ago a quite famous archaeologist stated to me that “we just need more evidence” but when I told her of the thousands of highly confirmable LBA tholos fortresses, large and small, in the Western Mediterranean on Sardinia (now called Nuraghe) she did what I’ve seen so often before – she ran away and hid in silence instead of “following the truth wherever it leads”. What she really meant was we needed more evidence from the Eastern Mediterranean only! This blatant denial of highly confirmable evidence from the LBA Western Mediterranean reeks of bias and is especially egregious.

This is the key to the bias' creation and destruction. When it self-destructs and crumbles into dust, it will be a great victory for the advancement of objective archaeological science.

“Beware of false knowledge; it is more dangerous than ignorance.” — George Bernard Shaw.