For some time now, every couple of years, a rowing race across the Atlantic Ocean is held after the end of the hurricane season from the Canary Islands to the West Indies. This year's race starts on December 14, 2015. The Atlantic Challenge website provides all the information anyone could need on the rules, rowers, and their boats along with the ability to track (24/7) their progress across the ocean. Additional video coverage of the 2013 race, including the full documentary, can be found below. 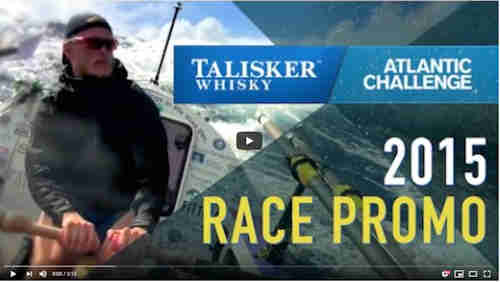 As a young teenager of about 14 I spent a summer on the Chesapeake Bay in the US as a "sea" scout. The boats we crewed were old salvaged ocean liner lifeboats that were about 10 meters in length with beam widths of a little over three meters that had been fitted with a single mast and rigged with a square sail. More importantly there were five rowing stations on each side of the boat. Basically they were much smaller versions of the Minoan long ships depicted in the Miniature Frieze from Akrotiri. 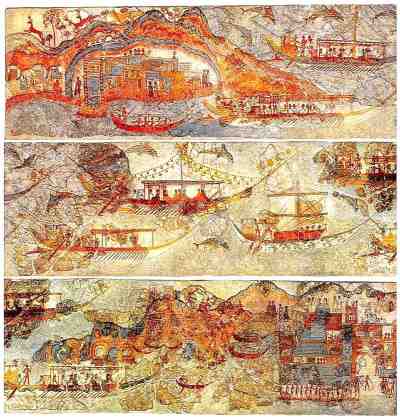 While there is one ship in the frieze that is powered by a single square rigged sail only, the six other large ships shown are powered by humans levering their oars in the water. In a precision restoration of a scene from the middle of the frieze I did a few years ago you can clearly count 21 oars on the side of the most "decorated" long ship giving it a total of 42 rowing stations. This must have been a very big ship indeed. Of the frieze's six large rowing vessels only two have a single mast but no sails are deployed. This is very strong evidence for the great importance of human powered rowing in Minoan shipping. 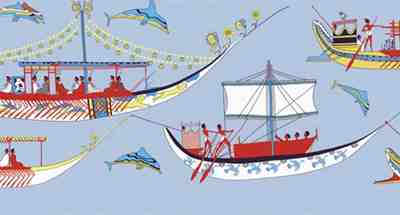 As a sea scout I quickly learned that the sail was wonderful if the wind was in our favor in taking us to an appointed destination and we would use it as much as we could. But if the wind was unfavorable we would simply take the sail down and row straight into the wind if necessary. Only the strongest winds could stop us from rowing directly into them. In time we became rowing machines that could literally work the oars all day long and well beyond without any problem at all.

Our human powered oars were always the primary and most reliable power for our boats just as they would have been for the Bronze Age Minoans and the many Mediterranean seafarers that came before them.